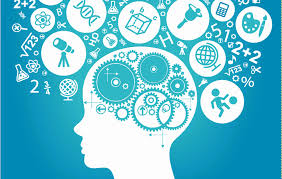 The newest member of the Webspec Crew is content coordinator, Bethany Yocum. We learned quickly that she has taste in music that gels with a few other crew members, is not a fan of “Big Mac sauce,” and once fell out of a chair so hard she broke a bone. With the lack of gracefulness in the office, that last fact made her that much more endearing.

I grew up primarily in Knoxville, Iowa.

What did you want to be when you grew up?

As a kid I always wanted to be an artist. I was interested in drawing, painting, and stuff like that.

There’s a strange question going around the office lately, so let’s keep it going: if you were a Big Mac ingredient, what would you be and why?

Cheese, hands down. Cheese is the most important part of any burger, and Big Mac sauce is gross.

We’re all afraid of something, even if it may seem silly to others. Do you have a seemingly irrational fear? P.S. Spiders don’t count – spiders are terrifying.

I’m a bit of a hypochondriac, and I’m weirdly afraid of getting appendicitis or having my appendix burst. It freaks me out when I hear someone had to have their appendix out.

This isn’t the most graceful office and we’ll be the first to admit it. What’s the strangest injury you’ve had?

As a kid, I broke my collarbone while eating dinner. I was sitting at the table and dropped my fork on the floor, so I leaned down from my chair to pick it up and fell off the chair onto the floor, collarbone first.

If you could be a superhero, what would your name, power, and catchphrase be?

If I had superpowers, I’d want to be “The Commuter: crossing countries in the blink of an eye,” and have the power of teleportation.

Not many of us in the office can work without music pumping through our headphones and most of us would rather spend money on one great concert than a few good movies. What’s the best show you’ve ever seen?

Weezer and Panic! At the Disco ft. Andrew McMahon in the Wilderness. Weezer put on the best live performance I’ve ever seen and the other bands had awesome energy too.

Is there one book that’s had a profound influence on your life? Why?

There are probably several, but I’ll choose A Visit from the Goon Squad by Jennifer Egan; it always makes me feel good to read. The setup of the novel is really unique, and I love the way each character makes me think about how we identify ourselves and how we’re changed by our culture and surroundings.

If you had the chance to actually live in a home from a television or movie set, what would it be?

I’d want to live in the buildings at Rivendell in Lord of the Rings. It looks so peaceful and warm.

Terrible short-term memory. It would make for an irritating life, but if I had no long-term memory I wouldn’t have important memories of friends and family members.

Can you recall a time when something started out badly for you, but ended up awesome?

Playing piano in high school jazz band. I kind of got forced into it as a freshman because they didn’t have any other decent piano players, and I was intimidated because almost everyone else in the band was an upperclassman guy. I was never a talented improviser, but it was actually fun and I ended up playing in college for a while, too.

If animals could speak (let’s say they speak English), which do you think would be the most annoying?

What’s one material item you could never live without?