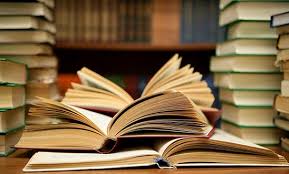 Everyone, meet Glenn, our new digital marketing strategist. From living in Russia, to daydreaming of a life on the Mediterranean coast, Glenn is one cool dude. Plus, the fact that he’s a dog person makes him that much cooler.

I grew up for the most part in Ames, Iowa. However, I didn’t go to ISU because I didn’t want to run into my parents each day (they’re both professors there). I also moved around a bit as a kid and spent 2nd-5th grade in Germany and 11th grade in the Czech Republic.

What’s your favorite thing about where you grew up?

My favorite thing about Ames is that it was big enough to always have things to do with friends and to stay busy, but small enough to be a very safe and welcoming community.

If you could be any part of a Big Mac, what would you be and why?

If I could be any part of a Big Mac I’d be the bun, because without the bread a Big Mac wouldn’t be a sandwich.

My biggest pet peeve is that sound a spray bottle makes when it is trying to spray but doesn’t get enough liquid in the pump, so it has a sort of crunching/ticking sound that rattles me to the bone.

Are you usually early, late, or right on time?

I am usually a few minutes early, which for me is right on time.

When did you know you were meant to have a mustache?

I grew it as a dare my third year of college as a bet against my roommate, whom I challenged to only grow a neck-beard. He looked terrible, but I liked mine, so it stuck.

And on that note, I mustache you another question: has anyone ever told you you look like Tom Selleck?

Tom Selleck, yes. I’ve gotten a few comments about “Super Troopers,” all of which go straight over my non-pop-cultured head.

Furry friends frequent the office a lot. So where do you stand, cats or dogs?

I love animals. Cats are cute, but make me sneeze, so I can’t touch them. Dogs are superior and I’ve got one of my own.

What is the last thing you watched on TV?

I just finished all 14 hours of the Ken Burns series, “The Roosevelts: An Intimate History.”

What is your favorite time of day?

My favorite time of the day is the moment the hot water hits my face in the shower.

We all love food here, so what’s the weirdest thing you’ve ever eaten?

If you could do anything in the world, and you knew you wouldn’t fail, what would you do?

Learn as many languages as possible because I love to travel and try to communicate in the native language wherever I go.

And finally, describe your ‘perfect’ day.

My perfect day would start by waking up early—maybe 6am—and reading the newspaper with a cup of slightly cooled coffee. I’d be on the Mediterranean coast with my wife and my dog on a three-month-long sabbatical, blogging about the health benefits of a Mediterranean lifestyle. I’d eat some brunch, hike a mountain, do some bird watching, and then start cooking dinner with a lot of red wine.